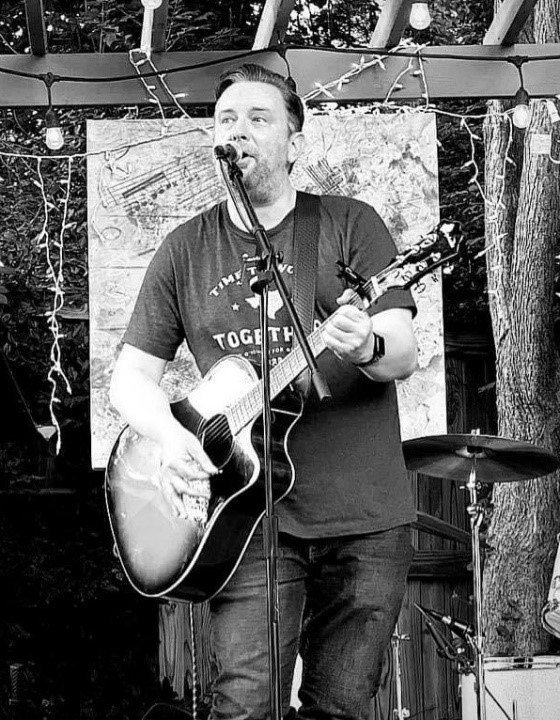 Evan grew up in a house full of music and gained a healthy appreciation for the Beatles, Beach Boys, Motown, Elton John, Bob Dylan, and CSNY. Later he started finding his own way musically, finding artists that would shape his tastes like U2, REM, The Cure, New Order, and Prince. It wasn’t until 1994, though, when he first picked up a guitar after hearing “Definitely Maybe” by Oasis. The guitar sat quietly while life got in the way, but after many years he finally found the resolve to start playing music again. Evan will play tunes by the artists that shaped him and hopefully leave an audience thinking “I forgot how much I love that song.