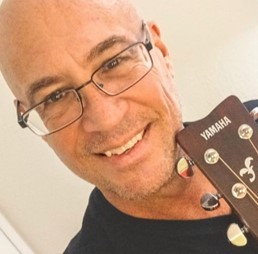 Jon Fritz has been performing professionally in the Washington DC area since 1996 mostly as a solo act but also as front man for various duos, trios & bands.  He also lived and performed for 10 years in Central & South America and Mexico. His style of interpreting the music of other artists and his passionate stage performances are what sets him apart from other local talent as well as his professionalism and attention to giving a venue what they seek musically. His song repertoire covers Elvis Presley, Beatles & Frankie Valli thru the great classics of the 70’s & 80’s. With alternative 90’s music making a strong comeback, JON FRITZ has added to his song list many bands from that great era including Foo Fighters, Counting Crows, Collective Soul & Live.