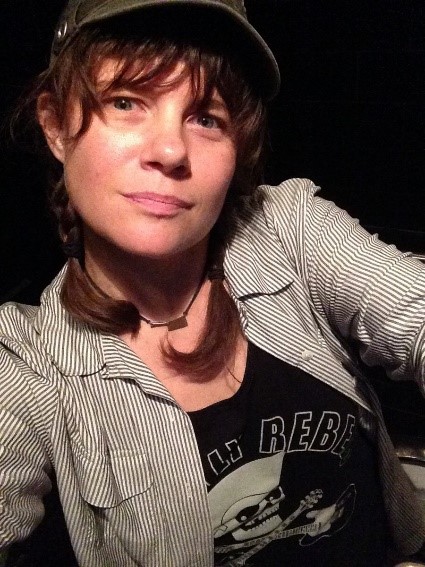 Kristin Forbes recorded and toured as a solo artist for years in Boston before moving to Washington, DC to play keys with The Travis Morrison Hellfighters (frontman of The Dismemberment Plan). It was in DC in 2005 that she met Olivia Mancini and picked up bass to play in her band, Olivia Mancini & The Mates. She also went on to play bass in The Andalusians. Kristin now lives in Baltimore and has rediscovered her love for playing Jamaican music. Dubbed Lady Hatchet by her peers, Kristin is the fearless leader of The Scotch Bonnets, her punky reggae band that also serves as an outlet for her song-writing. Over the course of their ten year career, the Bonnets have released two full length albums. The band backed and recorded with HR, singer from Bad Brains, and twice toured backing Roddy Radiation, lead guitarist of The Specials. This past March she opened for The English Beat at the Birchmere.