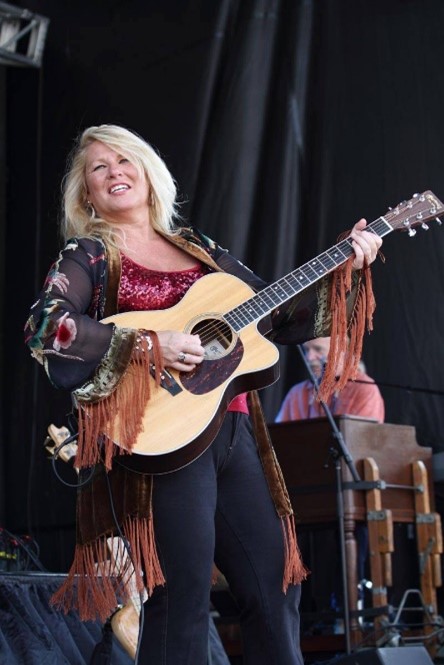 Patty Reese is a fan favorite and critic’s choice in the Mid-Atlantic region and over the years and she’s collected WAMMIES (Washington Area Music Awards) for Album of the Year, Artist of the Year and Roots Rock Band and Vocalist. She also has garnered several national songwriting awards. Reese is excited to get her brand new and fourth release Let in the Sun out to the world. Patty’s previous release, Strong Medicine was WAMA’s Album of the Year. Her strong songwriting, dynamic vocals and solid guitar work make her a powerful solo act. Comparisons have been made, that Reese claims as influences, including Aretha Franklin, Janis Joplin and Bob Dylan Proven a great match up with national Blues and Roots luminaries, Patty has supported many including Beth Hart, Delbert McClinton, Tab Benoit, Jimmie Vaughan and Dr John.