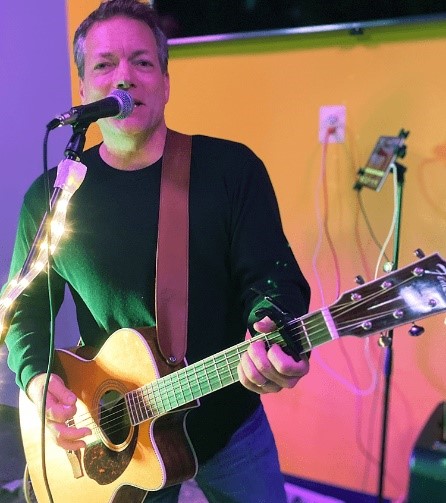 Pete is originally from Boston, where he attended Emerson College and studied Mass Communication, Radio & TV Production, and Theater. Pete played in many rock bands over the years as bassist and singer, including some fun at shows at classic rock clubs like The Channel, CBGB, the Whisky a Go Go, and the Troubadour. He released a solo CD of original music in 2000, entitled “That Swagger, That Thing!” Pete has assembled an ever-growing list of tunes you know and love for live gigs. His work as a marketing professional has required more and more voiceover work and production with the influx of podcasts and other multimedia.