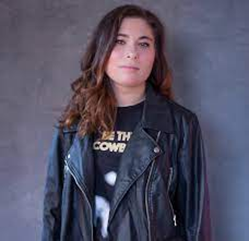 Teghan Devon is an award-winning singer-songwriter who has been writing and performing her songs for 12 years. She graduated from the prestigious Interlochen Arts Academy and then went on to graduate from Berklee College of Music in 2021. She is a two-time New Folk Finalist at the Kerrville Folk Festival and has won multiple Silver Awards and the Young Artist Award in the Mid-Atlantic Song Contest. She has released 2 projects, her debut album “Fingers Crossed”, and an EP called “Little Lion”. Her voice has been compared to that of Norah Jones, Edie Brickell, and Fiona Apple and her songs show traces of her heroes, Taylor Swift, Phoebe Bridgers, Mitski, and Juliana Hatfield.